Long ago the world was a barren wasteland with no cool math shows for young kids.

Then, in the spring of 2010, PBS invited three dozen show creators to pitch ideas for a new math show.

After several rounds of development and testing, they selected PEG + CAT to be their new show.

In the summer of 2012, with the esteemed Fred Rogers Company of Pittsburgh on board as a co-producer, PBS gave PEG + CAT the green light for a season of 40 half hours to begin airing in the fall of 2013.

That wasn’t much time! And the creators of PEG + CAT weren’t a company — They were only two human beings, Jennifer Oxley and Billy Aronson. They had to form a company! And fast!

To make their show really funny, beautiful, quirky, and cool, they selected the most awesomely talented people working in children’s television.

They set up their studio in Brooklyn, because it’s hip, convenient for most, and way cheaper than Manhattan.

They chose a name for the company: 100 Chickens Productions. It’s quirky. It involves math. It suits them.

And they all got to work, making math cool for the children of the world, with their first project, their labor of love, PEG + CAT. 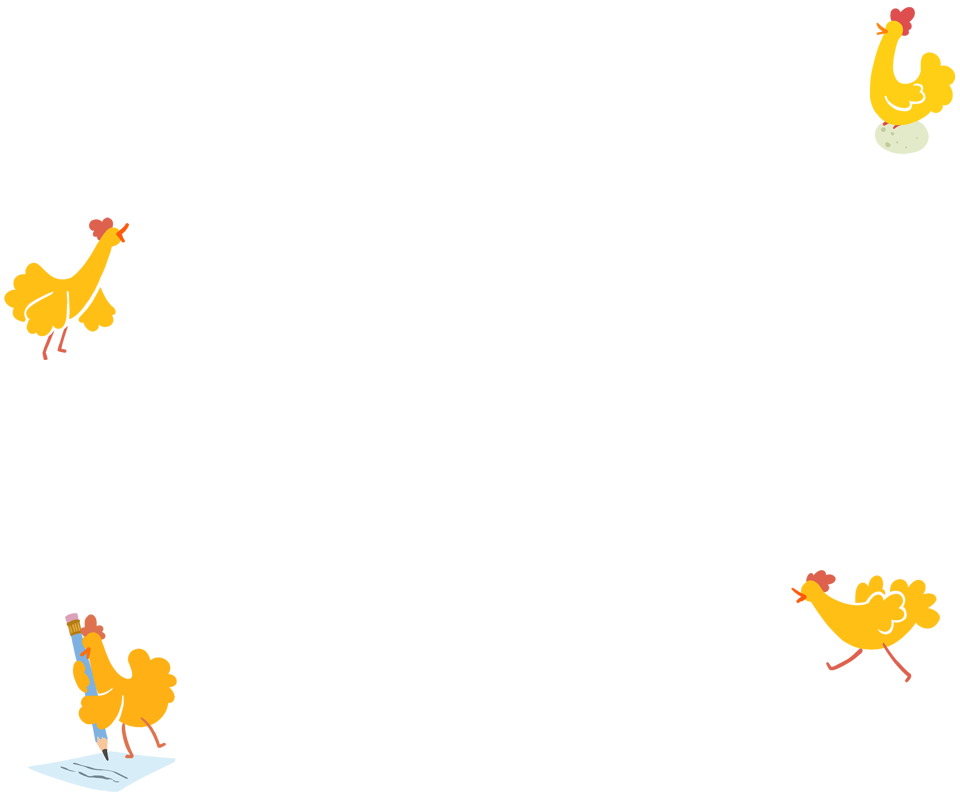